Amazon Is No Longer the Everything Store 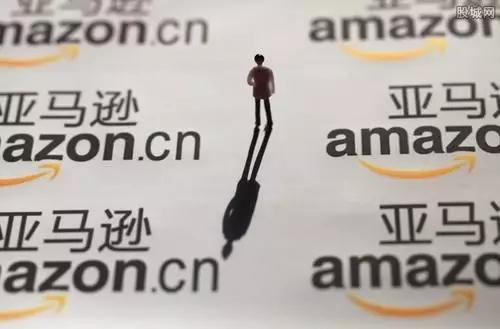 While the Covid-19 pandemic keeps everything besides grocery stores and pharmacies shuttered in a growing number of cities around the world, Amazon.com Inc. has offered a relative sense of normalcy to shoppers who could still get most things delivered within two days. That's changing.

On March 17, Amazon told its sellers that until at least April 5, high-demand products such as medical supplies and household staples will take priority, and that it's halting inbound shipments of all nonessential products to keep up with the need for those basics.

Toys and flatscreen TVs are on hold while Amazon ramps up shipments of toilet paper, bleach, and sanitizing wipes "so we can more quickly receive, restock, and ship these products to customers," the company said in a blog post updated on March 17. The new rules don't apply to products already in or on their way to Amazon warehouses, the company said in an emailed statement.

These changes may oﬀer some relief to Amazon's warehouse employees, who are struggling with a next-level version of the company's notoriously brutal shift work. At least five of its warehouse workers in Spain and Italy have contracted Covid-19, according to union officials and people familiar with the matter, who spoke on condition of anonymity for fear of reprisals. 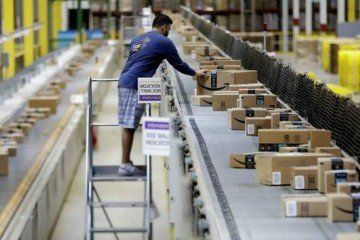 The countries' respective unions have complained that Amazon is putting sales ahead of safety by refusing to close the facilities for cleaning. In response, on March 16 workers at its main Italian logistics hub in Castel San Giovanni called for a strike.

"We are giving our support to the employees that are currently in quarantine," Amazon said in a statement. "The security and safety of our employees is our main concern and we are following the directives of the local and international health authorities, and we have applied a series of preventive health measures in our centers across the world."

On the other side of the Atlantic, the company and its workers have felt the strain, too. On March 16, Amazon said it planned to hire 100,000 people and raise pay in the U.S. and Canada by $2 an hour through April to ensure it can make its deliveries. So far, the company hasn't confirmed any cases among blue-collar workers in its home country, but it's tough to imagine that its hundreds of thousands of workers are all virus-free.

Amazon has to consider closing facilities and slowing the pace of deliveries to protect workers and make sure customers can trust its deliveries, says Alex Colvin, dean of Cornell's labor relations school. "If a worker in an Amazon facility delivering groceries to people gets sick with Covid-19, that could really shake public confidence," he says.

Amazon has offered two weeks of sick pay to workers diagnosed with the disease or placed in quarantine and says warehouse employees can also take unpaid time off through the end of March without risk of termination.

Amazon, which reported $11.9 billion in profits in 2019, says it has set up a $25 million fund for contractors and part-time workers who can apply for as much as two weeks' pay if diagnosed with Covid-19 or quarantined.

In the U.S. alone, Amazon has hundreds of warehouses, sorting centers, and other logistics facilities. It's capable of rerouting orders to other locations to accommodate the temporary closure of a building or two. It does something similar when a warehouse becomes overwhelmed with orders during the peak holiday shopping season, diverting them from the overburdened facility to others nearby until the backlog clears. 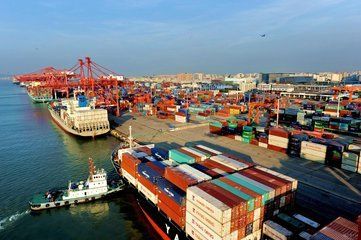 Amazon has also rerouted operations during floods, tornadoes, and other natural disasters. That'd be tougher in Europe, where there are fewer depots, or in the U.S. if a string of nearby facilities also went offline, according to logistics consultants and former Amazon employees familiar with its network.

The company wasn't at its most prepared to replace sick workers. The beginning of the year, just after the holiday shopping season, is when it cuts ties with tens of thousands of temporary staff. "You don't design operations for this kind of thing," says Marc Wulfraat, a logistics consultant who tracks Amazon's network. "The only way to handle that unplanned spike is more manpower." Job listings in Amazon's logistics and operations unit have more than tripled this month, to more than 4,000.

Amazon has told delivery companies to be ready to shoulder an extended uptick in demand, and it's offering overtime and bonus pay in cities across the U.S. for grocery shippers. An Amazon delivery company in Texas recently told its drivers they should expect to work extra shifts over the next six weeks.

Even as the company tries to hire more people, members of its existing workforce are having second thoughts about reporting for duty. One warehouse worker in the Midwest says she's taking advantage of Amazon's offer of unpaid time off to care for her kids, whose schools have closed.

Some of her co-workers, she says, were scared away by reports of coronavirus cases in the county where the warehouse is located. Amazon posted signs reminding employees to wash their hands and set up extra hand sanitizer stations, but it hadn't been screening employees. "We are going to great lengths to keep the buildings extremely clean and help employees practice important precautions," the company said in a statement.

Union reps in Europe say that Amazon isn't taking the pandemic seriously enough and that it shouldn't be so eager to squeeze more people into its warehouses. Julien Vincent, a representative with the CFDT union who works at an Amazon warehouse in Montelimar, in the south of France, says his union asked the company to cut the number of workers at its facilities, but that hasn't happened. "For now they haven't done anything," Vincent says. "Things are continuing like things were normal."

The bonus and overtime pay wasn't enough for one occasional Whole Foods worker in the Denver area, who canceled a shift on Sunday out of concern the company wasn't doing enough to protect workers jostling for produce in aisles crowded with shoppers. "They claim to care about their workers, yet clearly not enough to rein in two-hour-delivery expectations," says the worker, who spoke on condition of anonymity for fear of reprisals.

Whole Foods was criticized after Chief Executive Officer John Mackey suggested that workers with spare sick leave donate it to those in need. The company says it has stepped up in-store sanitation protocols and relaxed rules around calling in sick.

Many of Amazon's delivery drivers are contractors. The company issued advisories to Amazon Flex drivers, who make deliveries in their own vehicles, asking them to stay home if they've had a fever and to avoid personal contact. But that's almost impossible for a person who ferries groceries or has office buildings on their package route. For those drivers, who don't get Amazon health benefits, the extra overtime still might not mean they can afford to get sick. 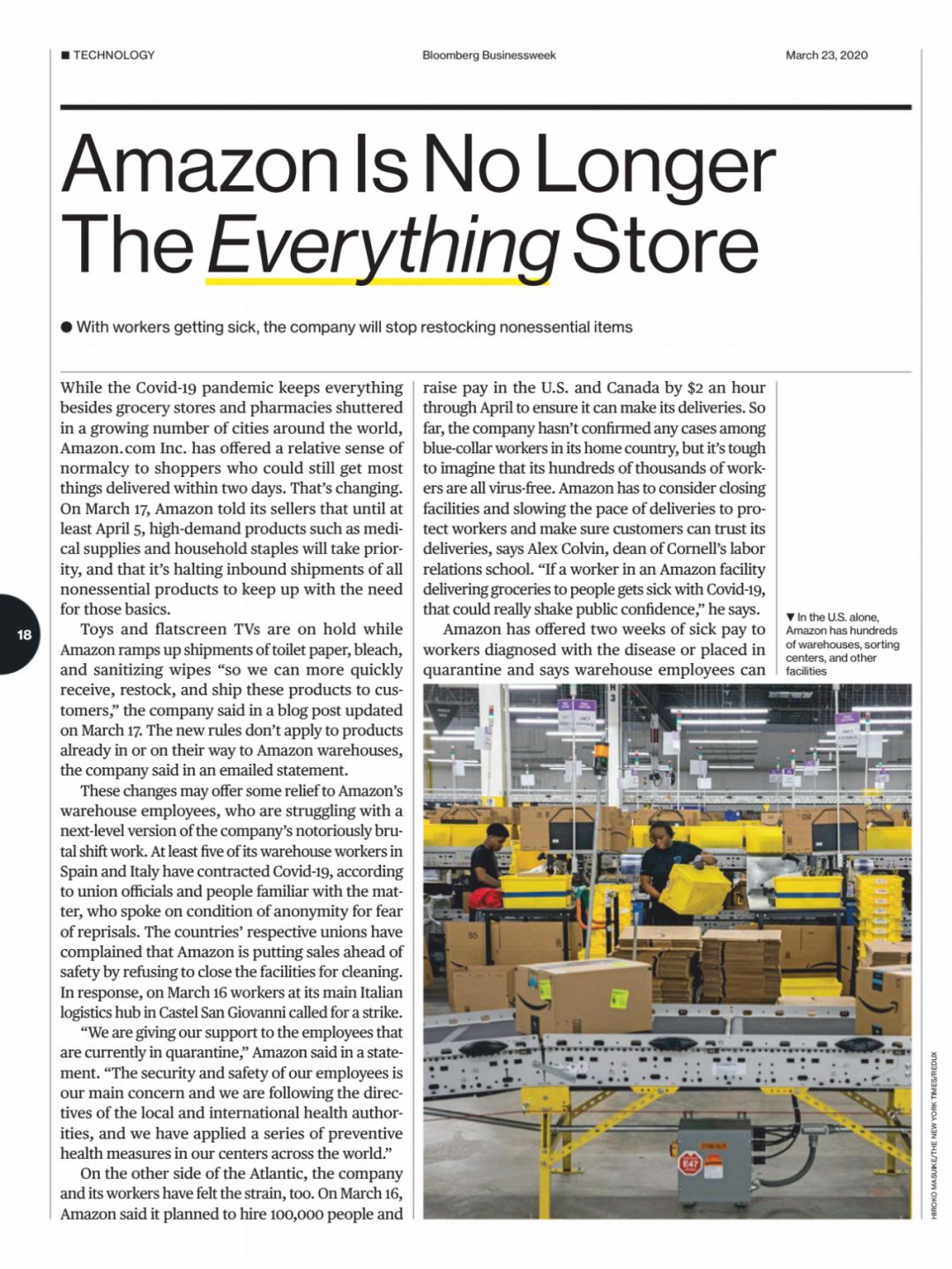 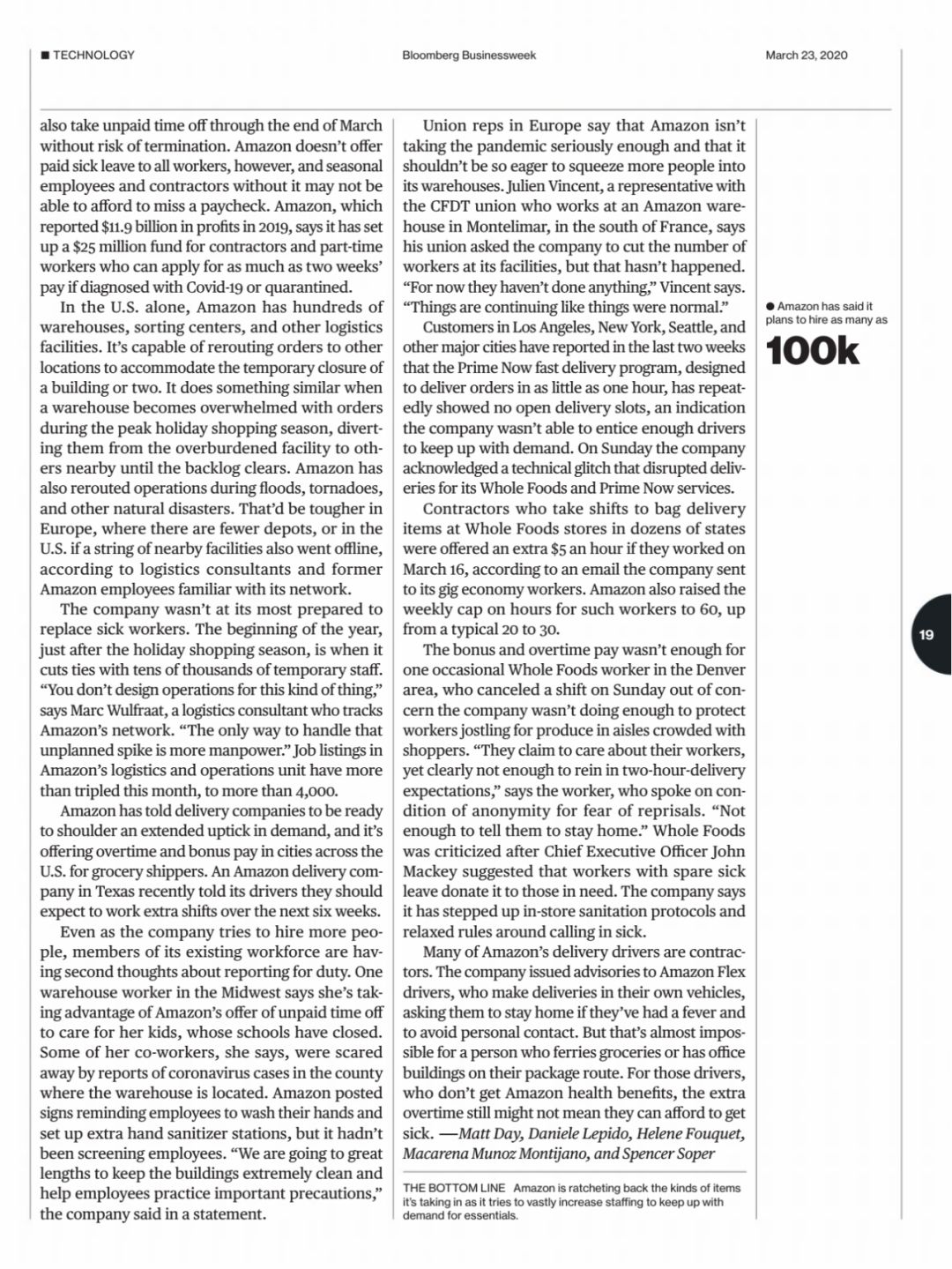